New Year’s Eve 2020 was the weirdest Las Vegas has ever known. Whatever. That was last year, and while we’re clearly not done with this pandemic, the megastar concerts, headlining club DJs and all-out parties are back in force this year. We’ve long been ready to put 2021 to bed and push onward and upward, and it feels good to see our city return to its status as the best place in the world to ring in the new year. If you haven’t made New Years’ plans yet, mask up, get boosted and read on about out some of your options. 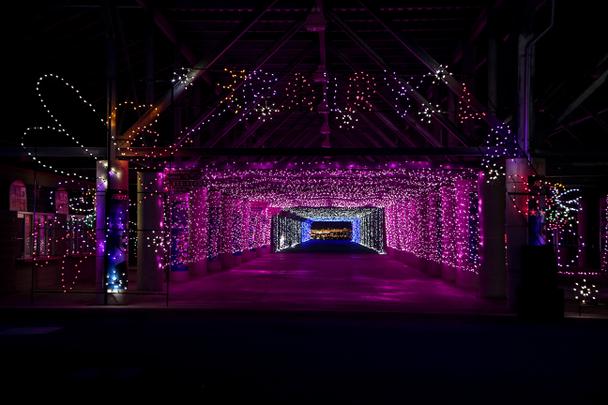 Fireworks on the Strip After taking last year off, Fireworks by Grucci will once again design and choreograph an eight-minute display of pyrotechnic wizardry at midnight on December 31, launching from atop several resorts, including Resorts World, MGM Grand, Planet Hollywood, Treasure Island, Venetian and the Strat. 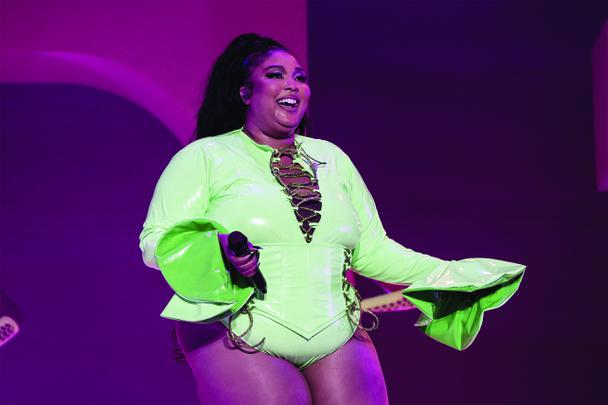 Lizzo If you haven’t been following Lizzo on TikTok, you missed one of the best things in this not-always-so-great year. The singer, rapper and budding fashion icon helps Virgin Hotels Las Vegas wrap up its rookie season with smash summer single “Rumors” and plenty more tricks in her arsenal. December 31, Theater at Virgin, axs.com.

The Go-Go’s Vegas’ most unlikely NYE headlining act is also one of its most exciting. The ground-breaking ’80s rockers come to Vegas fresh from being inducted to the Rock & Roll Hall of Fame. Now the Strip gets to ring in 2022 with “We Got the Beat,” “Our Lips Our Sealed,” “Vacation” and many more hits live at the Venetian. December 31-January 1, Venetian Theatre, ticketmaster.com.

Maroon 5 Is it really New Year’s Eve in Las Vegas if Maroon 5 doesn’t perform a couple of concerts? The pop band’s annual visit is an institution at this point, and it moves to the Cosmopolitan this year. Seems like Adam Levine and company should just go all in on a residency, doesn’t it? December 30-31, the Chelsea, ticketmaster.com.

Usher The multitalented R&B megastar brought the Strip one of its biggest parties in years with his raucous residency show at the Colosseum at Caesars Palace. It’s only fitting that he’s back in Vegas for a bash to end 2021. December 28-29 & 31 & January 1, the Colosseum, ticketmaster.com.

• The 442s December 31, the Barbershop, thebarbershoplv.com. 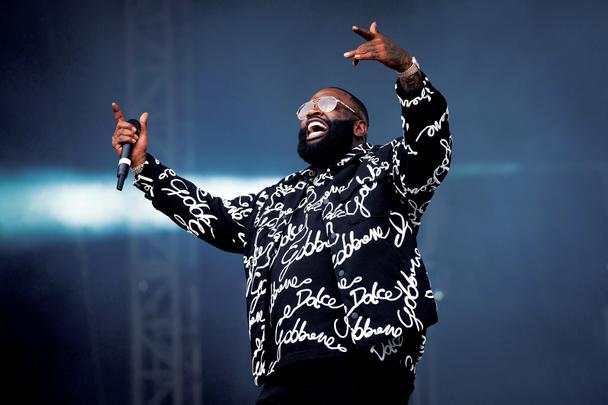 The Chainsmokers XS has served as home base for this Grammy Award-winning duo since 2017, and the hype has yet to fade. Experience it for yourself when Alex Pall and Andrew Taggart ring in the New Year like the genre-bending EDM veterans they are. December 31, XS Nightclub, wynnsocial.com.

Zedd At this point, Zedd’s one of ours. The iconic Russian-born DJ has played nearly every major club in Las Vegas, and this summer, he locked in a multiyear residency at Zouk Group’s premier dayclub and nightclub. Catch the “Clarity” star in his natural element before the year’s up—and then do it all over again when he returns for his regularly scheduled performances in 2022. December 31, Zouk Nightclub, zoukgrouplv.com.

Steve Aoki The DJ Mag Top 100 mainstay has worked with nearly every artist across the board—from Zooey Deschanel to the Backstreet Boys to Kid Cudi. Rest assured, there’s an Aoki remix for everyone, and you can dance your way into 2022 with it. December 31, Omnia Nightclub, hakkasangroup.com.

Rick Ross Miami’s hip-hop heavyweight will likely bring hits like “Aston Martin Music” and “Money in the Grave” to Drai’s for NYE, but don’t be surprised if you also hear picks from his December LP Richer Than I’ve Ever Been. Drai’s rooftop is the perfect place to catch a “yacht rap” vibe—and a view of the spectacular fireworks. December 31, Drai’s Nightclub, draisgroup.com. 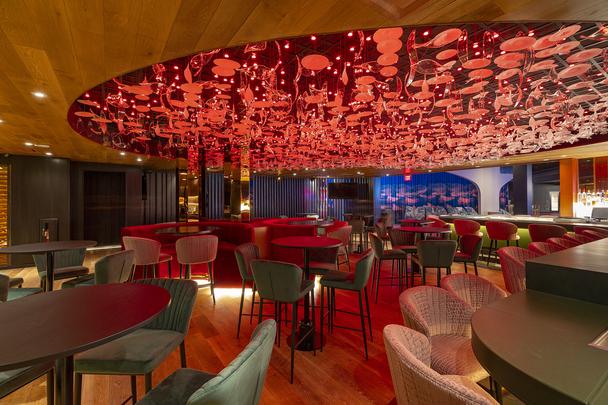 So many restaurants are doing special menus for New Year’s Eve, it would be impossible to cover all the fantastic flavors. But here are five baller experiences to consider. Wherever you want to go, make your reservation ASAP.

One Steakhouse The Morton family stronghold at Virgin Hotels Las Vegas is focusing on surf and turf pairings from chef Patrick Munster to ring in the new year, such as Snake River Farms’ Wagyu strip loin with Alaskan king crab legs or filet mignon with a massive Maine lobster tail. The full menu will also be available, and the swanky new restaurant opens at 5 p.m. Onesteakhouselv.com.

Tao Asian Bistro Even if you’re not heading to the club after dinner, you need to keep Tao on your radar. With three seatings and two different price packages, this institution is rolling out all the classic dishes (Peking duck spring rolls, chicken satay with peanut sauce, five spice short ribs and more) and bringing the DJs and dancers into the restaurant culminating in a midnight countdown and Champagne toast. Taolasvegas.com.

Lakeside Celebrate the new year with views of the Lake of Dreams at Wynn, enjoying DJs, dancing and party favors, and above all else, a six-course prix fixe menu from chef David Middleton. You’ll be spoiled for 2022 after feasting on bigeye tuna tartare, king crab salad with Asian pear and avocado, white truffle risotto and Wagyu short rib with goat cheese polenta. Wynnlasvegas.com.

Eiffel Tower Restaurant The legendary Paris Las Vegas destination will start early at 4 p.m. so the first guests can catch the sun setting across the Strip skyline. There are three more seatings for two-hour experiences throughout the night, with each preset menu starring elegant French cuisine such as foie gras with persimmons compote, loup de mer and vegetarian wellington. Twenty bucks says someone gets engaged while you dine. Eiffeltowerrestaurant.com.

STK The Cosmopolitan’s energetic steakhouse is going extra big for NYE. The restaurant features a three-course dinner of greatest hits and lots of choices along the way, and STK will also take over the former Estiatorio Milos space next door to create a pop-up dining experience with a different, slightly more casual prix fixe. Stksteakhouse.com.